Experience: A Visit to the Lone Star Court

College Station is getting two new luxury hotels that will be part of the Century Square mixed-use development on University Drive west of Texas Avenue. A Studio Movie Grill, as well as a plethora of restaurants and shops are also planned for the new development.

Cavalry Court, which will be taking reservations for Nov. 1, will be the first of the two to open. The George, will also be opening it’s doors in Century Square this fall. The Cavalry Court will be similar to the Lone Star Court, a sister hotel that is already open in Austin.

Valencia Group, the company behind both of these hotels, was nice enough to invite the Convention & Visitors Bureau staff to check out a sister property, the Lone Star Court so we could get an idea of what we’re in for.

Pulling up to the hotel, I have to admit I was surprised at the exterior style. The outside of the hotel looked industrial; almost like a warehouse. Don’t get me wrong. It fit in with the vibe of the area, but it definitely didn’t look like it belonged in College Station. When I said something about it, I was assured that the College Station property will have a different look on the outside – more of a military barracks feel with hints of olive green and maroon throughout the decor. I’ve also seen pictures of the plans since then, and the hotel looks beautiful. 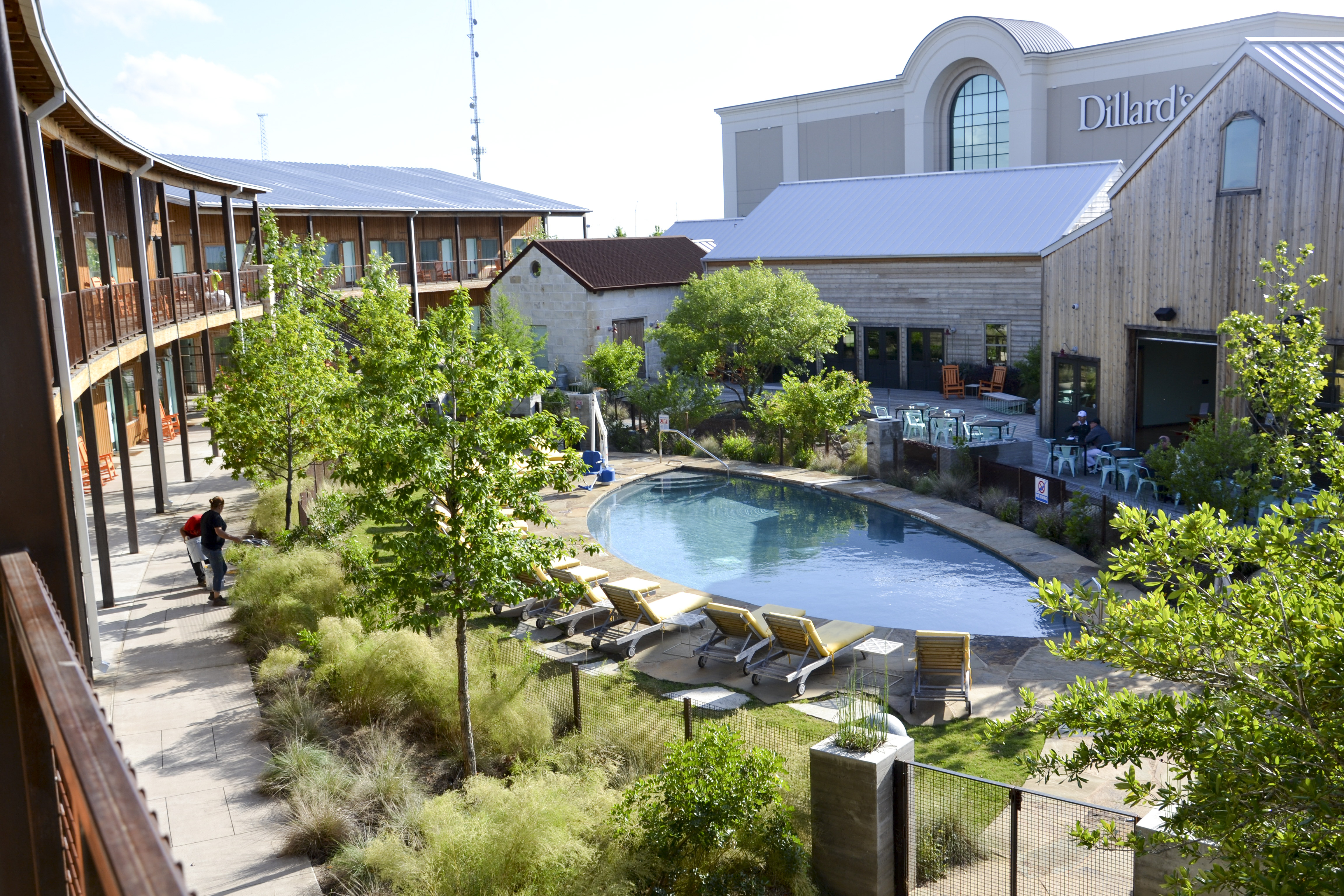 The Lone Star Court Courtyard: A great place to gather outdoors with friends!

We were first treated to a build-your-own-sandwich bar with a great selection of veggies and meat and guacamole that was to die for. Later that night, the kitchen was nice enough to make me a portabella mushroom quesadilla in order to accommodate my vegetarian needs. It was absolutely delicious. Everyone else dug into the barbecue, which they all raved about for the remainder of the night.

The restaurant/bar area was great. It was a huge room with high ceilings and wooden beams, and there was a big fireplace in the center of the room. I know, I know, fireplaces are useless most of the year in Texas, but it created just a warm feeling. There was live music from a local artist and guests hanging out all over the place.

Finally, the rooms. You walk in and are captivated by the retro, 1960s feel. The colors are vibrant, almost taking you back in time. It was the subtle details that truly brought the theme to life. 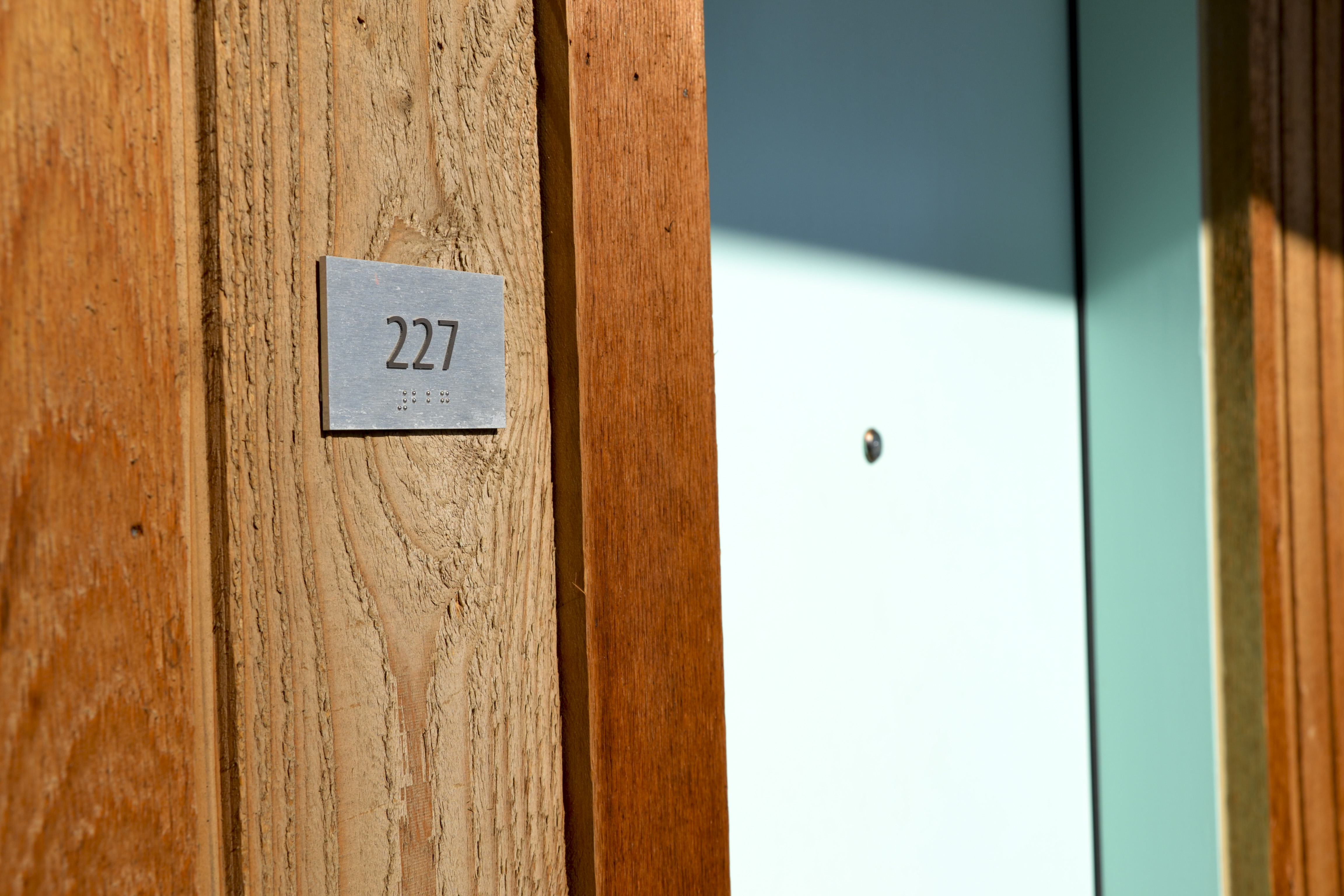 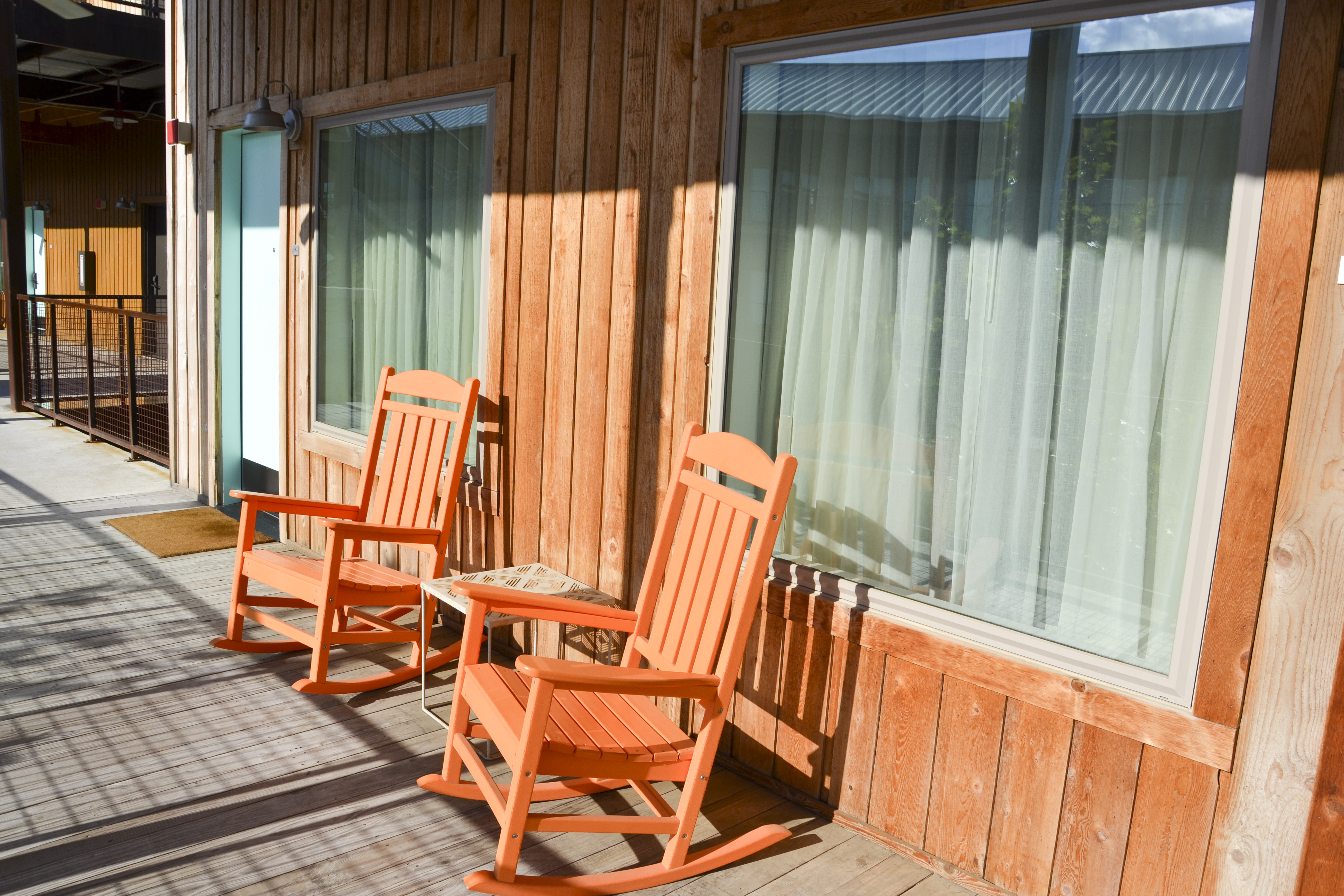 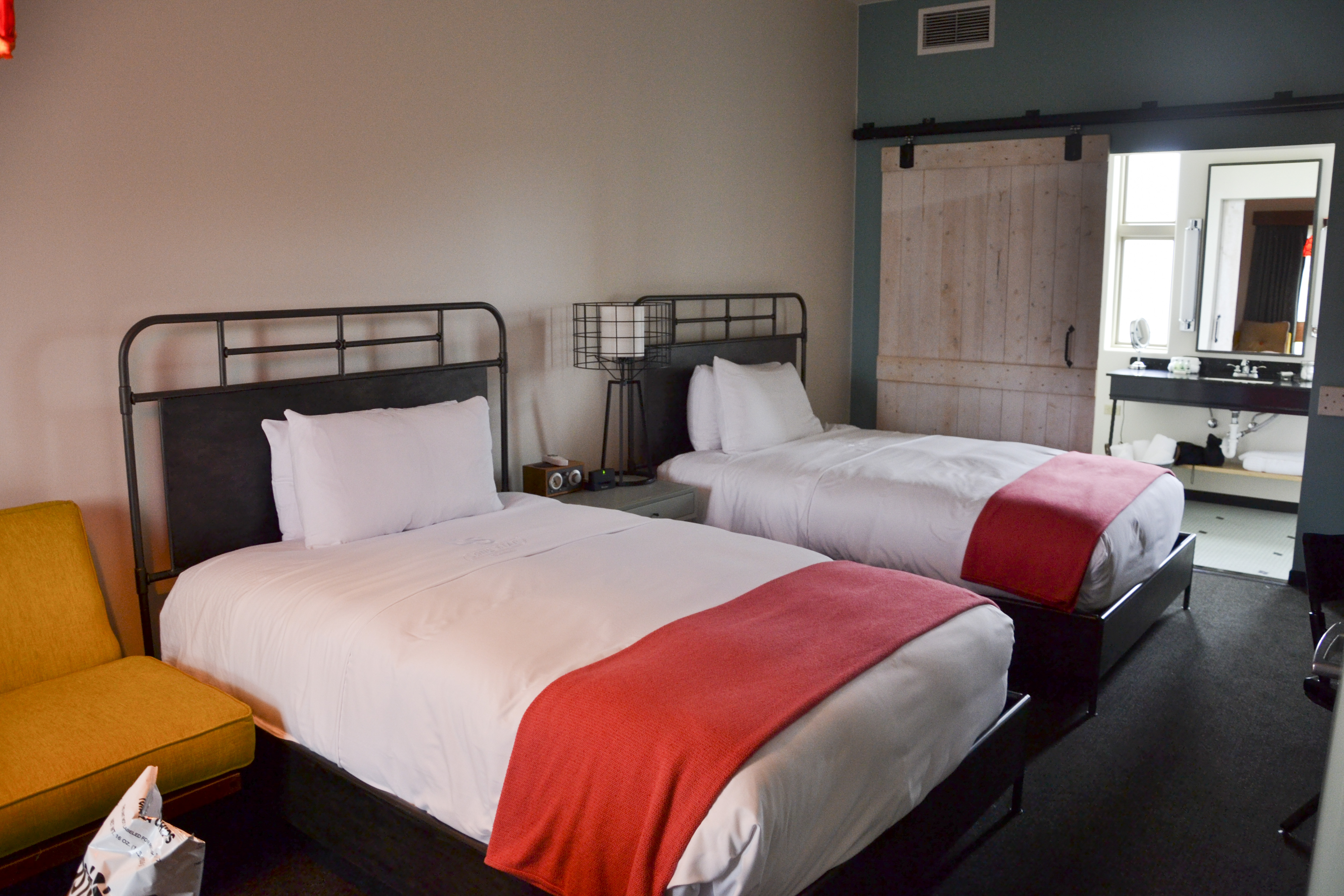 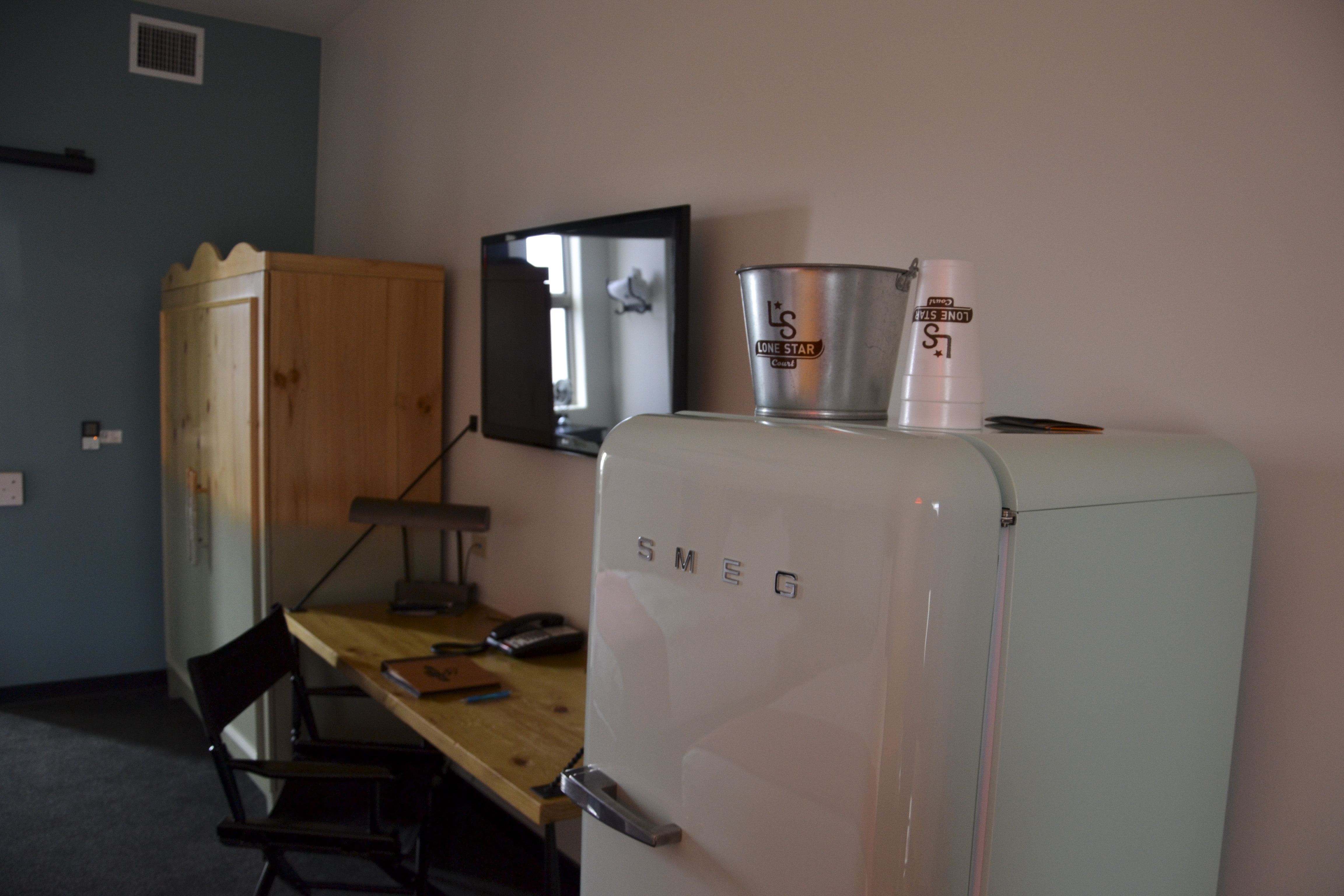 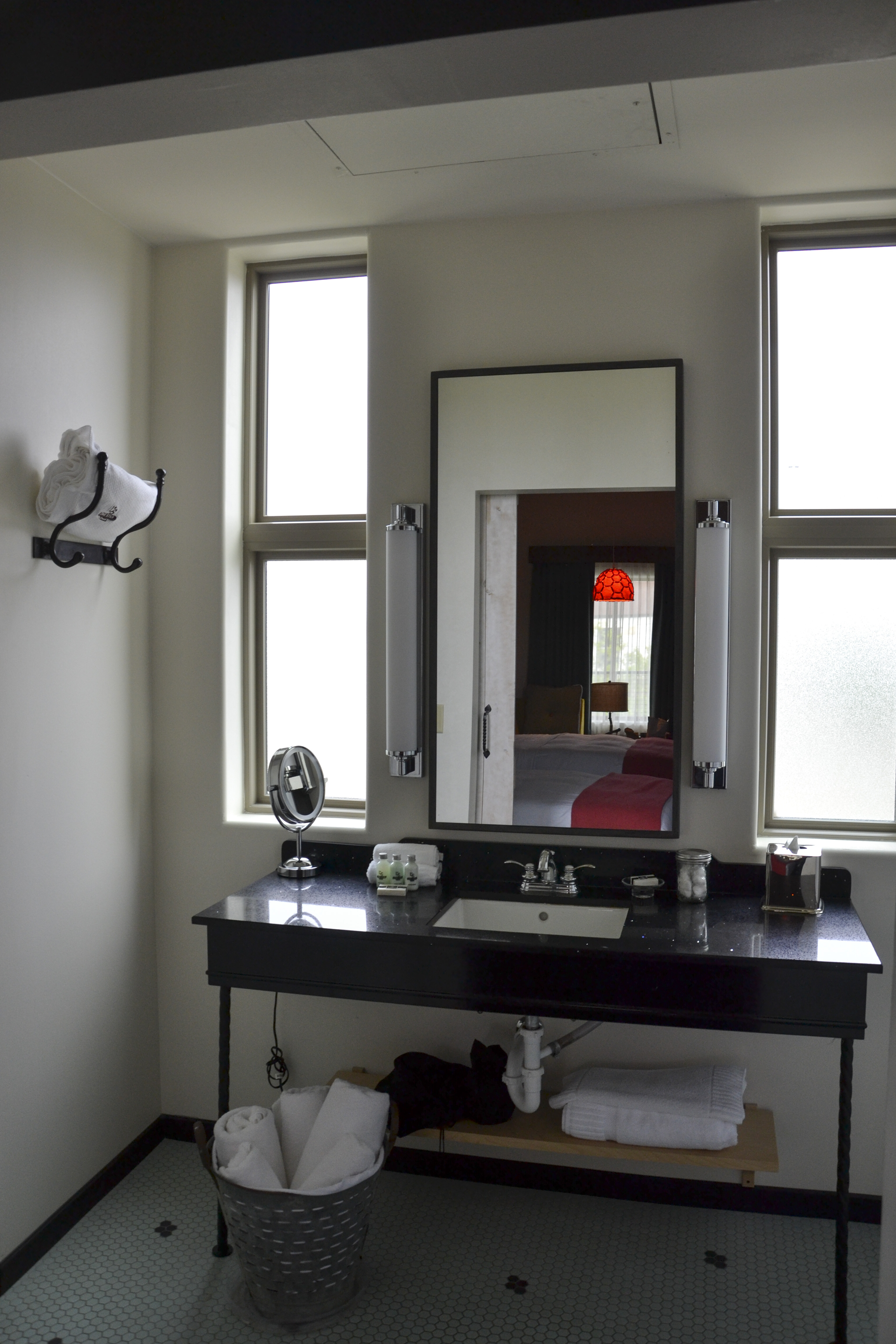 After we all settled into our rooms, we met downstairs in the courtyard to enjoy the weather before dinner. Oh, my gosh, this courtyard. We set up in a circle around one of the several fire pits. This courtyard was by far my favorite part of our stay. I think all of us in Bryan College Station recognize how lucky we are to live in such a friendly community, and the courtyard evoked that same feeling. Groups were hanging out, everyone said hello as we passed, shared jokes or gushed over Lone Star Court.

If the courtyard – the entire experience as a whole – is any indication, the Cavalry Court and The George are going to be perfect additions to Bryan College Station.